For those of you who didn't know, Steven Wilson, a musician I admire a great deal, recently launched a remix contest of Personal Shopper, his latest single.

It was only natural for me to participate with a remix live-coded with TidalCycles.

Due to the terms of the contest, I only have the right to upload the track on Soundcloud, since the stems from which I have made the remix are the intellectual property of Steven Wilson. However, in the best live-coding tradition, I still wanted to showcase the code from which the music arose. The video below thus unfortunately does not have sound, but you can loosely synchronize it to the soundcloud track to witness the music being coded. 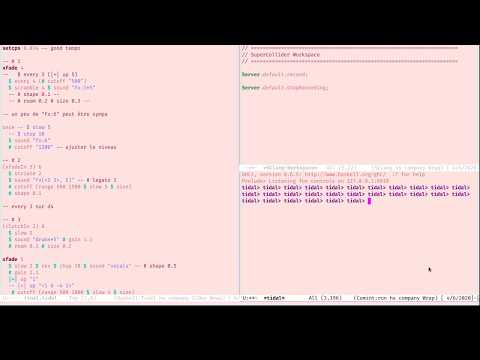